Five members (President, Vice-President, and three executives) serve a one year term beginning in March/April and are on both the Summer Senate and Full Senate. Six more executives are elected in September and serve until the following March/April. The portfolios of Treasurer and Secretary are assigned by a general vote in September to already elected Executives.

The next election will be in September 2020.

Read more about the current senate below. 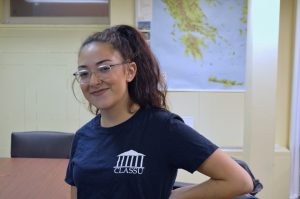 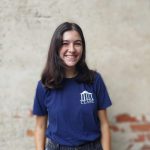 Sarah Ann (she/her) is in her second year at Victoria College, studying Latin, Classical Civilizations, and English. She is particularly interested in Latin poetry and Roman History, specifically the early empire, and will happily rant about Emperor Claudius, or the Aeneid to anyone who will listen! When she’s not writing songs about Ancient Rome or struggling through Latin translations, Sarah Ann can be found procrastinating around campus, or annoying everyone in her vicinity with her wildly obnoxious ukulele and accordion playing.  Her hobbies include tap dancing, knitting, singing with her acapella team, and watching Ratatouille literally once a week.
Classics courses she’s taken: LAT101, LAT102, GRK101, CLA160,CLA201,  CLA231, CLA210,

John (he/him) is a second year at Trinity College double-majoring in Classics and Classical Civilizations. An ardent Romanist and aspiring social historian with an affinity for the ordinary, John enjoys perusing ancient clothing, altars, and shady Roman backstreets in an exploration of daily life and thought. When not translating (and failing to make) weird Roman recipes or trying to figure out why they thought a public toilet sponge would be a good idea, he can be found enthusing over fountain pens and insisting that argyle is the best sock pattern. He can also be found practically camping in the ROM and/or AGO, yelling about Impressionism or modern representations of the classical world.
Classics courses he’s taken: CLA160, CLA210, CLA231, CLA236, LAT101, LAT102, GRK101 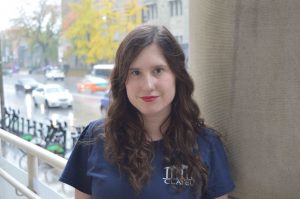 Hannah (she/her) is a fifth-year student at New College, majoring in Classical Civilizations and English. She is particularly interested in the Julio-Claudian Empire and the women in that complicated family (justice for Julia the Elder!), and funerary inscriptions. Although Roman history is her favourite area of Classical study, Hannah loves Greek tragedy and has devoted quite a lot of time to writing passionate defences for the female ‘villains’ (Clytemnestra did nothing wrong). Hannah loves science fiction and will happily talk your ear off about Alien and Star Wars—you’ve been warned. You can find Hannah studying at Lillian Massey or Pratt Library, rummaging through used bookstores, or at your local pop culture convention.
Classics courses she’s taken: CLA160, CLA232, CLA219, CLA260, CLA233, CLA236, CLA308, CLA362, CLA367, CLA387, CLA322, CLA368, CLA382, CLA310, CLA319, CLA402 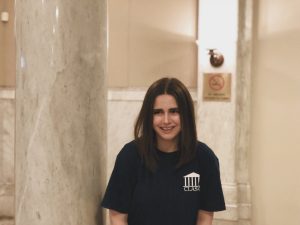 Jacqueline (she/her) is a fourth year student studying Classical Civilization and Criminology (yes, she knows it’s a weird combination but she has decided to roll with it). Jacqueline is a Hellenist who loves classical literature in—and she can’t stress this enough—translation. She has a deep affinity for Homer and will never hesitate to share her “hot-takes” (i.e. unsubstantiated claims) on the Odyssey. Athena, her favourite goddess, has helped instil in Jacqueline a desire for wisdom and justice, but most importantly the ability to seamlessly weave Vine references into any conversation (it’s a weaving joke!). As you could have predicted by her last name, she has bookmarked countless “greek gods as vines” compilations on Youtube and has been waiting for someone to ask her about them.
Classics courses she’s taken: CLA160, CLA232, CLA204, CLA260, CLA201, CLA319, CLA386 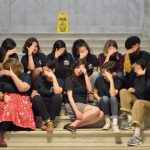 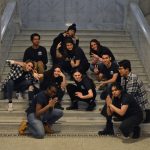 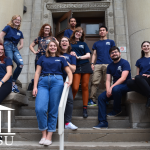 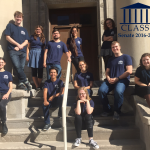 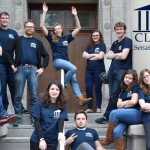 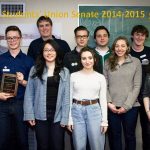 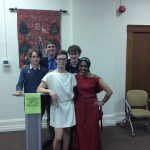 *Known as the Association of Classics Students until 27 March 2014